Gene therapy as exciting as concerning

Severe Combined Immunodeficiency Disorder (SCID) is a life-threatening congenital condition linked to a mutation of a gene located on the X- chromosome. It is also referred to as the “boy-in-the-bubble” disease because in some countries children are placed in isolation to stop them from getting infections. Gene therapy cured “the boy in the bubble”
Severe Combined Immunodeficiency Disorder (SCID) is a life-threatening congenital condition linked to a mutation of a gene located on the X- chromosome. It is also referred to as the “boy-in-the-bubble” disease because in some countries children are placed in isolation to stop them from getting infections. The gene affected by SCID controls the production of an essential immune mediator, which ensures the normal development and function of immune cells, namely T-cells, antibody-producing B-cells and other lymphocytes.

Due to this mutation, children are susceptible to any sorts of infections and cannot be vaccinated because they are unable to build antibodies. For this condition, there is no cure. Up until recently the therapeutic options were limited and included the transplantation of haematopoietic stem cells from a matching sibling or autologous gene therapy. Finding a matching sibling only occurs in 20% of SCID children.

In 2019, a successful small trial tested a new gene therapy paradigm, which allowed most children to restore the development of T- and B-lymphocytes and normalise antibody responses such to warrant a routine vaccination program for protection against childhood infections diseases. 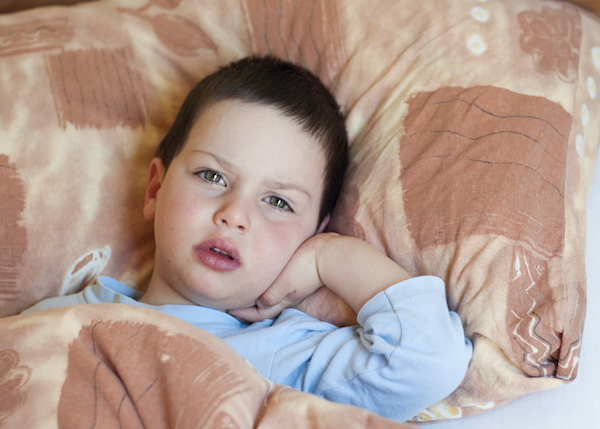 What are genetic disorders and why is gene therapy often the only option?
Genetic disorders are rare conditions resulting from mutations in one or more genes, which are small sections of our DNA regulating the synthesis of essential proteins required for a normal body function. Some of these mutations are inherited by the parents while others are acquired in life likely due to environmental exposure as it is the case for different forms of cancer, for example, lung cancer caused by cigarette smoking. The defective protein arising from a mutated gene cannot fulfil the assigned function, generating an array of disturbances, which may affect cell or protein production (sickle cell anaemia, haemophilia, cystic fibrosis and SCID) or metabolic dysfunction leading to the inability to process certain foods like methylmalonic acidemia.

A metabolic genetic disorder: methylmalonic acidemia
A rare disorder hitting 1 in 50,000 kids, methylmalonic acidemia, impairs children’s ability to metabolise certain amino acids (the building blocks of proteins) consumed in their diet, which over time leads to damage various organs and kidney failure. These children also suffer from intellectual and physical disabilities, pancreatitis, anaemia, seizures, vision loss and strokes. While the only option to prevent these adverse effects is a restrictive diet, as the disease progresses these children are subjected to dialysis or even kidney and liver transplants. Scientists have worked over a decade trying to find a suitable therapy.

Layla was cured from aggressive leukaemia
Gene therapy was also successful in curing an aggressive form of leukaemia (acute lymphoblastic leukaemia) in a one-year-old girl, Layla at the Great Ormond Street Hospital in London. Only 25% of children with this form of leukaemia survive. She was only given a few months to live following the failure of conventional treatment protocols including chemotherapy and bone marrow transplantation. The treatment started after obtaining swift approval from an emergency ethics committee and informed consent from her parents. 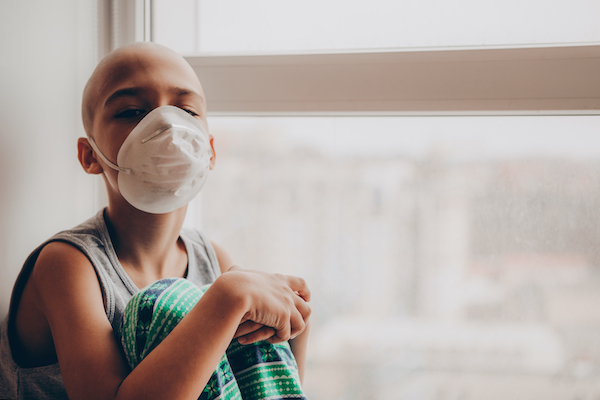 The experimental technique had never been used before and was implemented for the first time in the world. The team engineered immune cells that were able to remove cancer cells. The T cells obtained by a donor were altered with gene editing to insert an extra gene to fight leukaemia cells. The technique also included the addition of other genes to stop the donor’s immune cells from attacking the patient’s own cells and make them resistant to a drug alemtuzumab. This drug is routinely used to suppress a patient’s immune system as it is practice in tissue transplant. Two months after entering remission Layla received a bone marrow transplantation to reassess her blood and immune cells. The girl was monitored for a year to ensure that the therapy is long-lasting and cured her leukaemia. This therapy saved her life, but the protocol used remains experimental.

How do gene editing and gene therapy work?
Gene therapy can potentially restore the normal function of a cell by replacing the misfunctioning genes. It is based on the transfer of the healthy gene into the cell’s DNA of a patient. The general concept of this procedure is called “genome editing” which can be applied to germinal cells, eggs and sperm (germline therapy) as well as adult cells (somatic therapy).

In order to achieve the transfer of a healthy gene into the cell DNA, a vector is required. Currently, the best approach is to use a virus called adeno-associated virus (AAV), which does not seem to cause any diseases in humans. 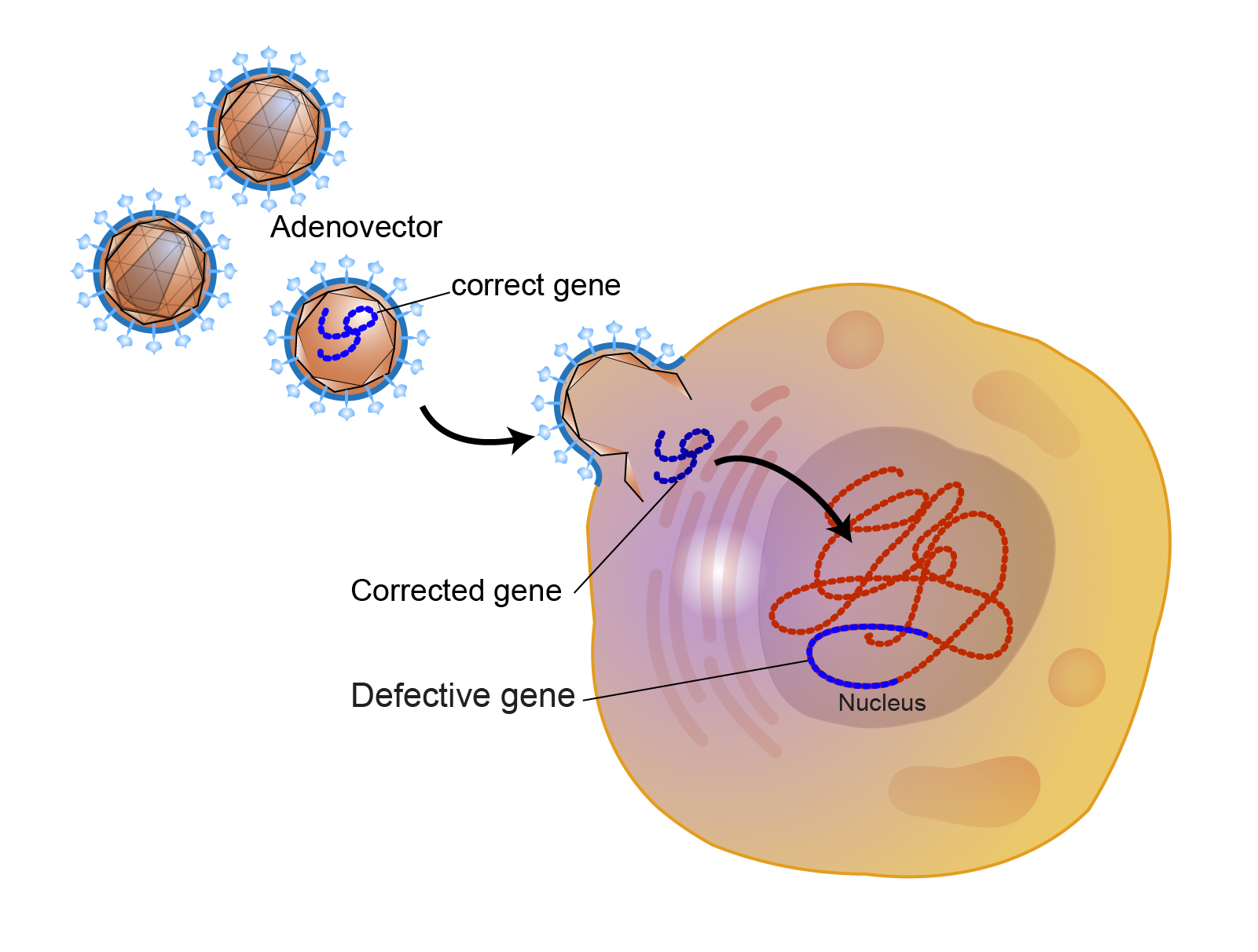 Gene therapy is in some respects still experimental because the scientific community and policymakers have to address the technical barriers and ethical concerns surrounding genome editing. We do not have sufficient data demonstrating the lack of harmful effects in the long term and as such more studies are required. Agreement on how to conduct those studies and the institutional willingness to fund gene therapy in humans is not present in all countries.

Foremost, genome editing must be safe before it is used in humans. One of the concerns arising from the use of AAV in mice which caused liver cancer in 50-70% of the treated animals. But mice and human are different, and the mouse DNA sequence, in which the AAV was inserted, is not expressed in humans. Changing the AAV vector in following mouse experiments did not result in cancer, demonstrating a safer way to deliver the corrected gene.

Explaining gene-editing technology CRISPR
A powerful new technology used for gene editing is CRISPR (clusters of regularly interspaced short palindromic repeats). It allows to easily alter DNA sequences and modify gene function. CRISPR has many potential applications such as correcting genetic defects, treating and preventing diseases and improving crops, but it is not perfect as an error in cutting DNA in the wrong sequence can occur.

Ethical issues remain
Whether CRISPR or other technologies are used, there remain some ethical questions taken into consideration when dealing with gene editing:

1. Is it okay to use gene therapy on an embryo when it is impossible to get permission from the embryo for treatment? Is getting permission from the parents enough?
2. What if gene therapies are too expensive and only wealthy people can access and afford them? That could worsen existing health inequalities between the rich and poor.
3. Will some people use genome editing for traits not important for health, such as athletic ability or height? Is that okay?
4. Should scientists ever be able to edit germline cells? Edits in the germline would be passed down through generations.

The most sensitive area is the editing of germline because the modified genes remain permanent and are passed to down through generations. Such an approach would require the manipulation of human embryos which is prohibited in many countries.

“Some researchers and bioethicists are concerned that any genome editing, even for therapeutic uses, will start us on a slippery slope to using it for non-therapeutic and enhancement purposes, which many view as controversial”.

Others argue that genome editing, once proved safe and effective, should be allowed to cure genetic disease (and that it is a moral imperative). They believe that concerns about enhancement should be managed through policy and regulation.

The scandal of the Chinese twin girls
In this regard, it is worth citing the scandal of a Chinese doctor who announced the birth of twin girls whose genome had been edited at embryonic stage to achieve protection from HIV infection (by removing the protein used by the virus to enter and infect the cells), whereby the changes he brought were never proved. Dr He has been criticised by the international scientific community, not only because he pursued a highly controversial germline editing, but because he failed to follow standard procedures in procuring participants. He was subsequently censured by the health ministry in Guangdong, where he worked and fired from his university. The ethical concern concerns the risk of producing gene-edited babies having preferred somatic tracts that are not of health-related purposes.

Gene therapy is a very exciting novel approach to treat diseases, whether genetic or acquired. International governing bodies such as the FDA in USA, the EMA in Europe and the TGA in Australia are committed to work out a solid regulatory policy to make sure that all safety and ethical aspects are respected.